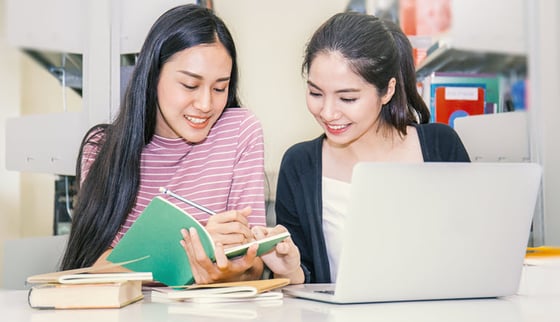 “If a jade is not cut and polished, it cannot be made into anything” – Chinese proverb, meaning one cannot become useful without being educated. In China and many other Asian countries, education is culturally engrained and is seen as vital to survival and success during adulthood.

Education in Asia is now experiencing a unique twist in the form of eLearning. People in developing Asian countries, however, face certain challenges in using eLearning solutions:

Three developing Asian countries – China, India, and Malaysia – present enormous potential for eLearning solutions. Each has its own story and can benefit greatly from Asian eLearning localization and website translation for online education platforms.

Forty-three percent of China’s population (602 million people) live in rural areas where universities are generally not easily accessible. Historically, distance education in China through courses conducted by radio and TV has benefited the rural Chinese. Despite limited Internet access in rural China (37% of rural Chinese do not own smartphones), China is becoming a leader in online education. Currently, there are over 60 online universities and more than 100 million eLearning users in China – these figures are expected to rise in the coming years as the wave of Internet access and mobile technology continues to flow into rural areas.

China’s learning technology companies have also seen rapid growth due to their huge success in selling self-paced eLearning solutions. Driving factors to this growth include pervasive technology distribution and content digitization in schools, increased emphasis on English learning, and greater demand for online test preparation tools, early childhood eLearning, and online education. All of these factors contribute to meeting the greater demand for skilled Chinese labor, both in China and in the global workforce.

India has a remarkably young population (53% of Indians are under age 29), over 1 million schools, and around 18,000 institutions for higher education – a goldmine for eLearning. Eight hundred seventy-one million Indians (67% of the population) live in rural areas, and 129 million (10% of the population and 25% of India’s workforce) make up India’s “urban mass” – low-income workers earning an average income of US$3,200. Rural Indians and India’s urban mass are potentially important target groups for eLearning. Schools and universities can be difficult to access because of poor roads and transportation systems. Even when access is possible, attending these traditional educational institutions can be unaffordable or too much of a time commitment for many working Indians in these two demographic groups.

India’s eLearning market (worth US$2 billion) is the second largest in the world, next only to that of the United States. India’s government is a huge advocate of eLearning as a means to “level the academic playing field.” The government has aimed to provide Internet connectivity to 250,000 rural villages and to expand WiFi connectivity in schools through its Digital India program. It is also making low-cost mobile technology more available, so low-income earners can leverage eLearning solutions. The Indian eLearning train is expected to continue at full speed ahead through the next decade.

While Malaysia’s pre-university education enrolment rate is around 98%, access to higher education is still a challenge for many Malaysians in rural, remote, and underdeveloped areas. As a response, the Malaysian government is investing heavily in eLearning delivery and management systems in higher education institutions, notably the digitization of textbooks and the provision of laptops and tablets to students. Around 450 MOOCs (Massive Open Online Courses) are now offered by Malaysian higher education institutions, with students enrolling from over 150 countries. Forty-five percent of Malaysians are under age 25. This younger generation is very accepting of eLearning solutions and online education, allowing Malaysia’s eLearning market to flourish.

Thirty-eight percent of Malaysians (11.8 million people) do not speak English. Although in numerical terms this is significantly lower than China and India, this market segment is much easier for eLearning companies to engage with, thanks to the strong mobile and Internet penetration in Malaysia. eLearning localization in Malay will likely be simpler as well, as Malaysia is far smaller and less ethnically and linguistically diverse than China and India. With Malaysia at the forefront of eLearning in Asia, localization of eLearning content in Malay could be a smart move.

India, China, and Malaysia have the highest growth rates for self-paced eLearning in the world – 55%, 52%, and 41%, respectively. eLearning localization in each of these three countries has its own unique benefits and best approaches. SimulTrans believes in the power of eLearning - click below to get ahead of the curve by localizing your eLearning content with a leading translation company near you!

This article has been updated and was originally published on January 15, 2018 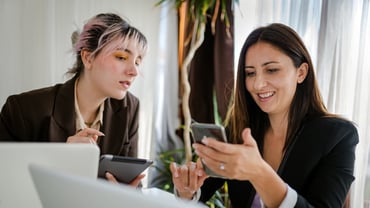 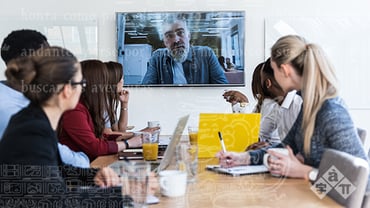