The Role of Humor in Writing for a Global Audience “From there to here and here to there, funny things are everywhere” – Dr. Seuss (an American author, political cartoonist, poet, animator, publisher, and artist, best known for his children’s books).

“Here to there” in a modern global context, however, spans the world’s 196 countries, 6,500 spoken languages, 12 major religions, and 7.5 billion people. Evolutionary science has revealed that humor is a type of social interaction that has allowed humans to convey emotion, form connections, and nurture relationships since 4 million years ago (from the time of early humans). Like humans, humor exists across the world and has evolved over time.

Humor is certainly found everywhere, but it is important to note that humor differs by country, language, religion, and individual personality. There are exactly 17 categories of humor, all of which involve word play, satire, or self-depreciation… just kidding! Actually, there are various types of humor but how to categorize them is purely subjective.

In our modern world, it is extremely hard to know what is funny to who. Even among people who share the same native language, what is funny to one person can be confusing, irritating, or offensive to another. Take the italicized comment above, for example – did you find it funny?

Now imagine humor being translated from one language into various languages. Although some may argue that humor is helpful in cross-cultural situations because it helps build trust between people, in a business context humor can be detrimental to a brand, especially when used in formal writing. When writing for a global audience, humor is like fire – it can bring people closer or drive people away. While a single piece of humor written for a global audience may resonate with some, it may be confusing, irritating, or offensive to many, and can complicate the document translation process.

For example, the goal of marketing content is to raise awareness about and generate demand for a product or service within a certain audience. But if that content contains humor which is confusing, irritating, or offensive to that audience (or even a majority of that audience), the product or service may lose its appeal to that demographic and the company’s brand is at risk of being viewed negatively by that demographic.

Lastly, as with slang, the effective life of humor can be very short. Humor can be quite topical, and people may not find a particular joke as funny (or funny at all) as time passes. Topicality of humor exists across most cultures, however the rate at which jokes lose their appeal differs depending on the joke itself, the social, political, and economic landscape at that time, and culture.

In conclusion, when writing for a global audience, it is important to remember that humor is culturally based and should therefore be used sparingly, if at all.

If you decide to include a piece of humor when writing for a global audience, it would be wise to envision the worst possible outcome.

Is it offensive, racist, sexist, or disrespectful in any way? Will it cause embarrassment or shame in any person? Is the chance of making your global audience laugh with your writing worth the risk of losing your appeal, credibility, and charm with that audience?

As Charles Churchill cleverly (and sarcastically) put it, “A joke’s a very serious thing” – especially when writing for a global audience. Thorough research (including consultation with native speakers) on the types of humor that are appreciated by your target audience, and employing translators who can adapt pieces of humor effectively for target audiences, are paramount.

Explore more tips on writing for a global audience by clicking on the link below! 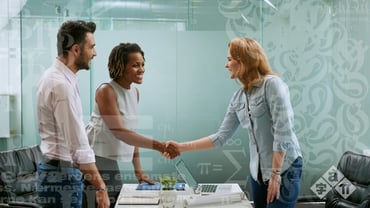