If you are considering whether or not to localize your product or service into Chinese, you need to figure out a few things first. For example, are there enough potential customers for your offering? Do they use the internet? Which devices do they prefer to use? And these questions are only the beginning...

China has a population of 1,381 billion inhabitants and it is the world’s most populous country. With a GNI per capita of US$ 7,820 and representing over a quarter of the world's population, localizing into Chinese represents an exciting market opportunity for businesses.

Did you know that Chinese is also spoken in:

So do the math and if the numbers stack up, then localize.

If you are trying to sell an app or a service that relies on good internet usage then you need to research the latest figures and see if your product or service will have the support needed to succeed.

The 2016 figures below seem to support the idea that there is plenty of growth in internet uptake and usage by the Chinese population. And don’t forget that Baidu is the top Search Engine in China, not Google!

It is also very important to research the use of computers among the population, especially if you are selling a product or service that requires these.

The Utilization Rate of Computers by Companies:

If you are going to sell an app then thorough research of the Chinese Smartphone market share should be a top priority.

Once you make the decision to invest in translation into Chinese, then the next question is, which one? Because, did you know that there are two versions of Chinese?

Geographically speaking, Simplified Chinese today is used in China and Singapore, whereas Traditional Chinese is used in Hong Kong and Taiwan.

This is VERY important for you to understand!

If you would like to read more about Chinese Localization, read our most popular blog here. Margarita is SimulTrans' Director, Global Marketing. She spearheads SimulTrans' Digital Marketing Strategy by creating, managing, and publishing content for inbound and outbound campaigns across multiple channels. Margarita has more than 25 years of experience in sales and management for the localization industry. She has been involved in many localization organizations, currently also serving as a Global Membership Manager for Women in Localization, a non-profit global organization. 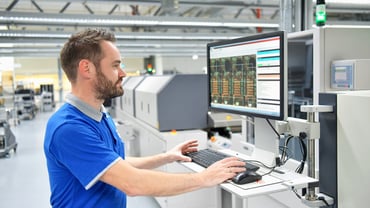