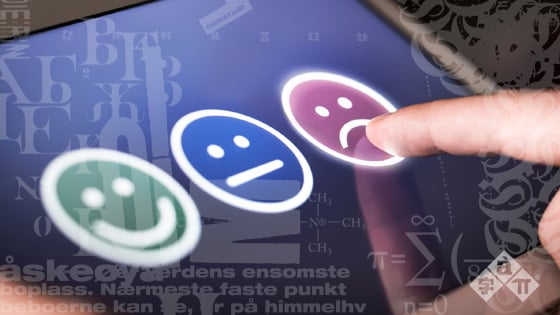 As easy, fun, and potentially helpful emojis may appear to be in quickly expressing an emotion or affirming a message, they don’t mean the same thing across the oceans – or even to folks living in the same country but of diverse cultural backgrounds.

While in Western culture a “thumbs up” pictogram traditionally implies the sender of the emoji is saying “Ok!” or “Great!” or “It’s a go!” or “I agree!”, in Greece and the Middle East, that exact same emoji symbolizes a vulgar and offensive message.  So, you may want to think twice about adding that “thumbs-up” emoji to your text, e-newsletter, or blog if the recipient of your electronic message happens to be Greek or from the Middle East.

But first let's clarify the difference between emojis and emoticons, as per the Encyclopaedia Britannica's definition:

What Emojis Are Not

Emojis are neither universal nor are a language of their own. The same emoji sent to one person in one country can have a completely different meaning to the same emoji sent to someone else in another country, with a different cultural background, or even from a different generation. This leaves the meaning of an emoji up for interpretation. As a result, it can’t be categorized as some “universal” or “transcultural” message that everyone understands or interprets exactly as the sender meant for it to be understood.

In addition to not being universally understood or interpreted correctly, emojis are not a language. It is not possible to “write” a poem, blog, or dissertation using only emojis and resting assured that every emoji correctly and thoroughly got the intended message right! Simply by themselves, emojis cannot equate to a meaningful code of acceptable, complete, and thorough communication between senders and receivers.

According to a 2017 Today Translations research study conducted by business psychology expert Keith Broni, an emoji is a linguistic tool that is used to enhance our texts and other electronic communication messages. In essence, emojis can be likened to a new type of optional punctuation that can be used to complement an electronic message.

It’s important to be mindful, however, of the fact that every punctuation mark has a very specific purpose, meaning, and universally-accepted interpretation. While emojis are not mandatory at the end (or beginning) of a sentence, they are symbols like punctuation marks and can add to the emotional essence of a message. If sent to a recipient whom the sender knows will understand the intended meaning of the emoji, a little pictogram has the ease and power of creatively complementing a message, affirming the message’s intent, and bringing people together.

Therefore,  while emojis do not – in and of themselves – constitute a formal, traditional “language”, their meanings and what they symbolize for different cultures can be translated either by other emojis or by substituting them by a word that conveys the correct meaning, but it is culturally aceptable.

If you are a  technical writer creating content for a global audience, that will be sent to  a   professional document translation services company like SimulTrans for translation, you might find our  Free White Paper of interest!

Margarita serves as SimulTrans’ Director responsible for European sales, overseeing a team of account managers who build and maintain relationships with customers. She travels frequently throughout Europe, advising clients on best practices in the industry and helping them successfully localize their products for a global market. Margarita has spent over 20 years in the localization industry.

Management ownership allows an exclusive focus on customers and quality, as exemplified by ISO 9001 and ISO 17100 certifications. In addition to its headquarters in Mountain View, California, SimulTrans has offices in Bonn, Boston, Dublin, London, Paris, and Tokyo.